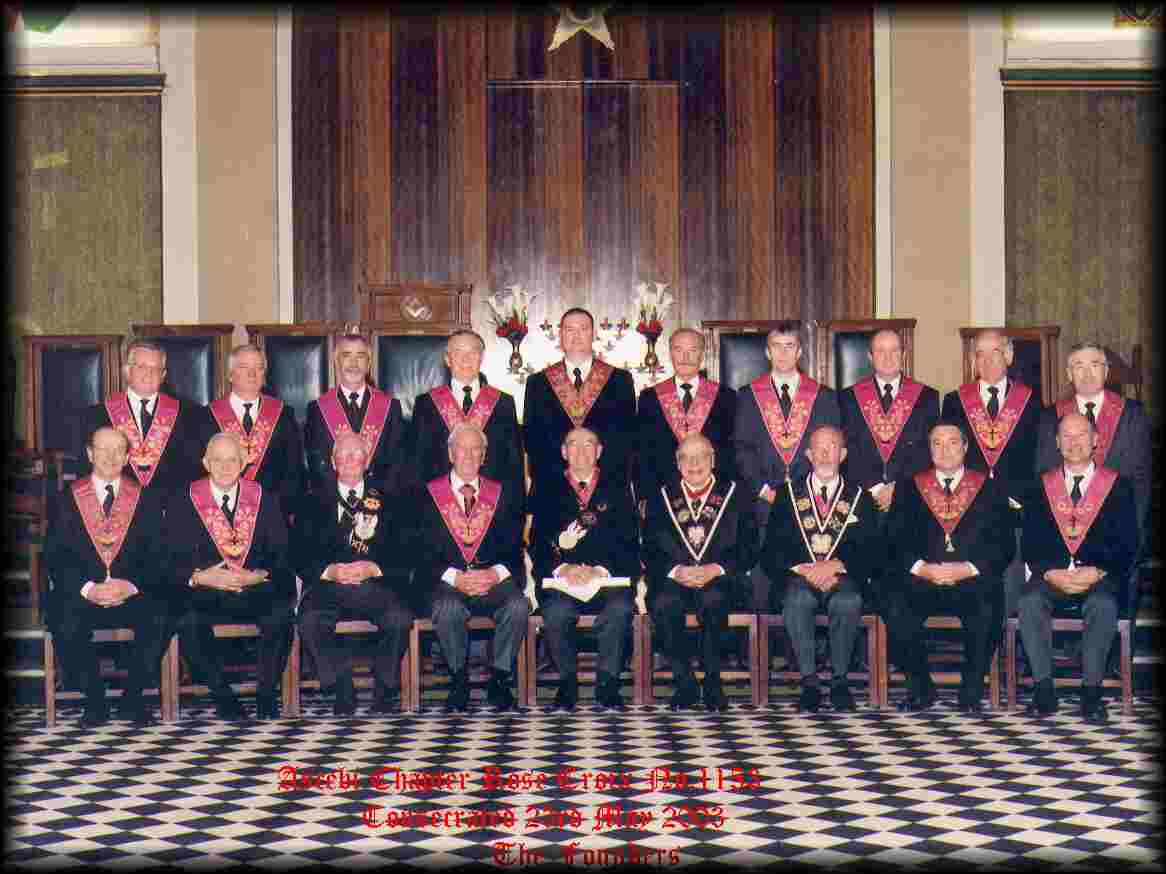 Ascebi Chapter Rose Croix No.1153 was consecrated on the 23 May 2003 at Freemasons' Hall, London Road, Leicester by members of the Supreme Council of the Ancient and Accepted Rite.

The consecration was well attended with representatives from the surrounding districts.

In the Domesday Book of 1086, Ashby-de-la-Zouch is referred to merely as ASCEBI, the suffix only being added sometime in the second half of the 12th century to distinguish it from other Ashbys in the county. It means the by or homestead of Aski, presumably the leader of the Danes who settled there.

The Rose Croix Chapter is thus using the earliest known name of the town.

The striking logo adopted by the Chapter dates from the late 12th century, and was used as a seal by William de Belmes, son of Alan La Zouch, who died in 1199. Alan was the first of his family to gain the manor of Ashby and probably was responsible for its full name.

This new Rose Croix Chapter, whose number 1153 places it firmly in the 12th century!, therefore pays tribute to those gone before who established the roots of this proud market town.